How can we help you today?

I've received several reports from IS, and had different readers, delivering contradictory advice to one another. I'm now confused and don't know which way is up! Help! Print

Argh, we feel your pain here.

This is an absolutely commonplace experience for all screenwriters, whether they're receiving notes from one executive (vs another) or their agent (vs a producer)...script development is endlessly, endlessly subjective. (we bold this word for added emphasis).

However, here's the critical part, from Hollywood screenwriter Stuart Hazeldine:

"a script note is ultimately only as good as YOU think it is".

And he's so right.

As the screenwriter or originator of the material you are the ultimate master of your own universe. You own the copyright, you are in absolute control of the creative direction of the project.

Ultimately, the goal for any screenwriter is the fabled "taste-proof draft". A script which, even if it's not for the person reading it (for whatever reason), cannot fail to impress. THE SOCIAL NETWORK is taste-proof. The complexity of the characters and the depth of the film's themes renders THE GODFATHER script taste-proof.

"Right now, somewhere in the world, one person is "passing" on a script another person is convinced is a "Recommend"

We wrote a whole article on why writers shouldn't serve, slavishly, one script reader's notes, here. 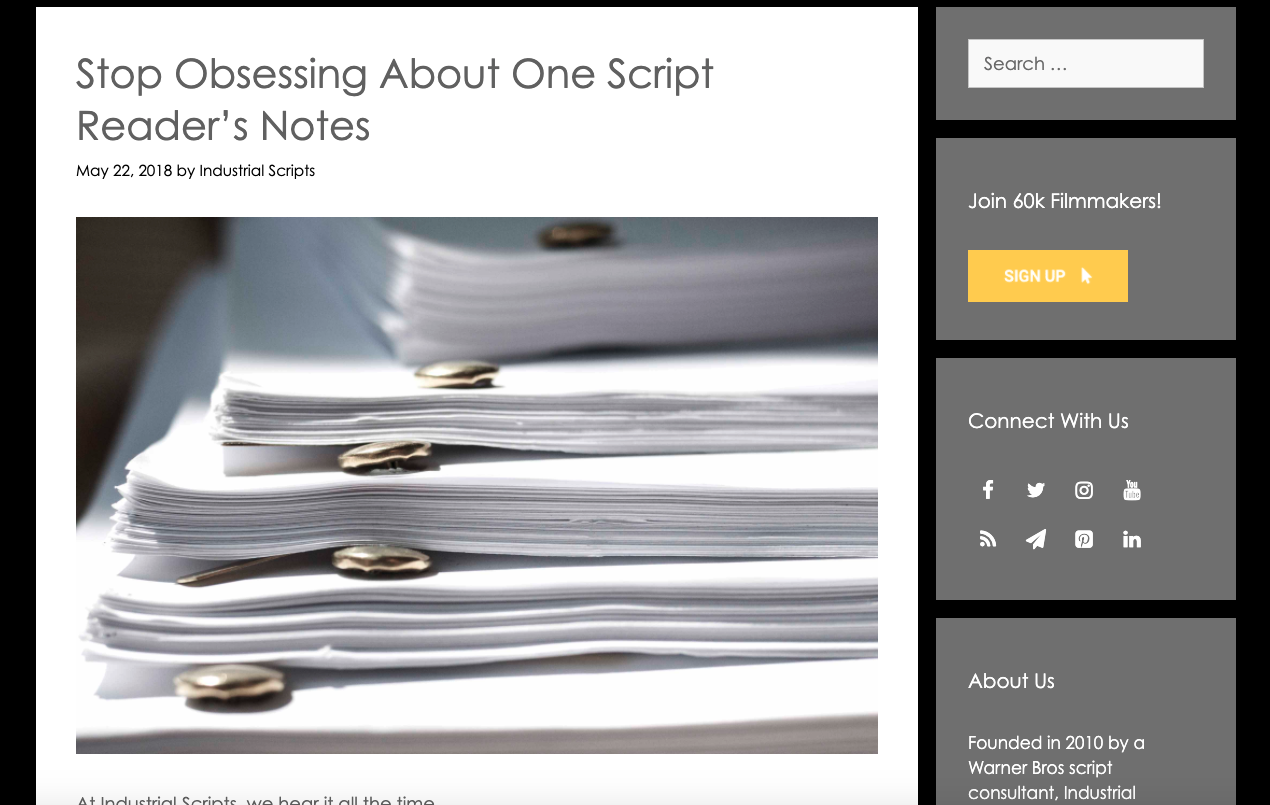 It's why we believe that, far from being a problem - a spectrum of different opinion is actually vital to a script's progress.

So if you received a different verdict, or different percentage score from different IS readers don't be disheartened.

Mirroring the real-world experience a script goes through when it's released in to the wider industry is absolutely vital.

It's the only way to win.

NOTE: if you've received a down-grading on a previously submitted project to IS, from a different IS consultant then, as stressed at length and above - this is just a necessary adjunct to developing screenplays generally.

It's woven in to the very fabric of the process.

Now, we understand this is frustrating. We understand it is not what you want to hear. But you have to understand: getting human beings to agree about screenplays, or indeed any work of "art", is IMPOSSIBLE. Repeat: impossible.

So please remember what we said above: a script note is only as good as you think it is.

Finally, please do note that just because two IS script consultants did not concur on the quality of your script, this does not auto-qualify one as great, and the other as weak. It does not absolutely discount that reality, either, but our Complaints system is deliberately set up to be as impartial as possible, and we will not necessarily agree with you.

It's vital for writers to be able to separate the negative emotion of a downgrading, from the reality that a script has to impress a whole range of industry tastemakers in order to get over the line, typically.

I
Industrial is the author of this solution article.

Did you find it helpful? Yes No

Send feedback
Sorry we couldn't be helpful. Help us improve this article with your feedback.